As an example of how the themes are meant to be presented; the characters are depicted in decaying or grotesque ways, but still are unthreatening and friendly in an odd cartoonish manner. I can relate this to how Jean-michel Basquiat was around the end of his life, and his artworks which reflected death and religious ideals. His style was doodle-like and childish, but when put against the fear he was experiencing during that period, makes the works into morbid reflections of his life. Instead of having my work being about death and the fear of losing worth, I thought about presenting those themes into pragmatic ideals. Laid out with the colourful background and casual terminology, it skewers those themes into non-threatening characteristics. Death, anxiety, lost sense of worth, are themes which I relate to on a daily basis. But these pieces are not to glorify themes, more to make them seem less controlling and uncertain aspects to life. 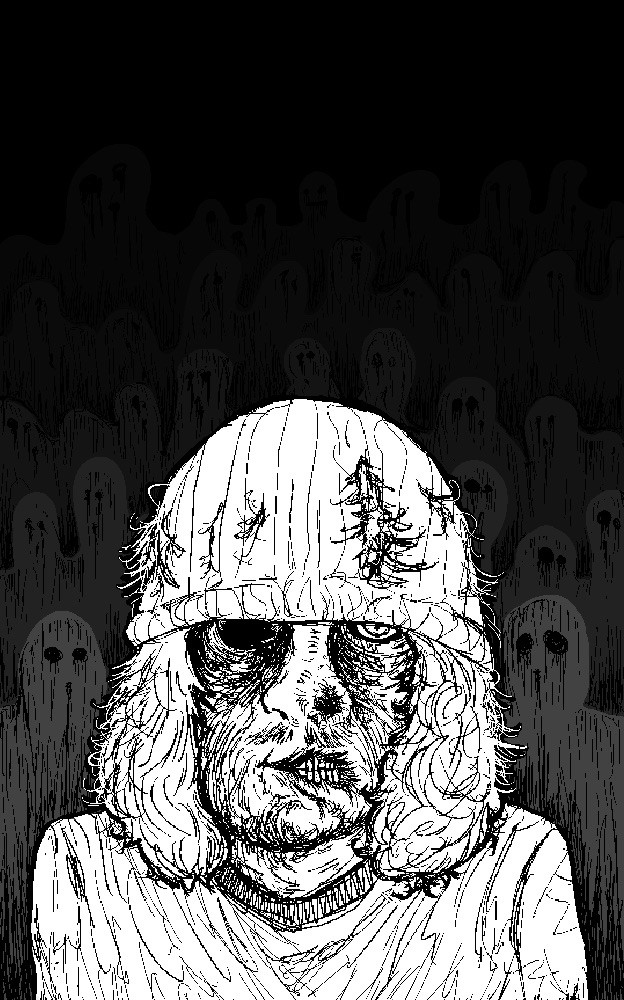 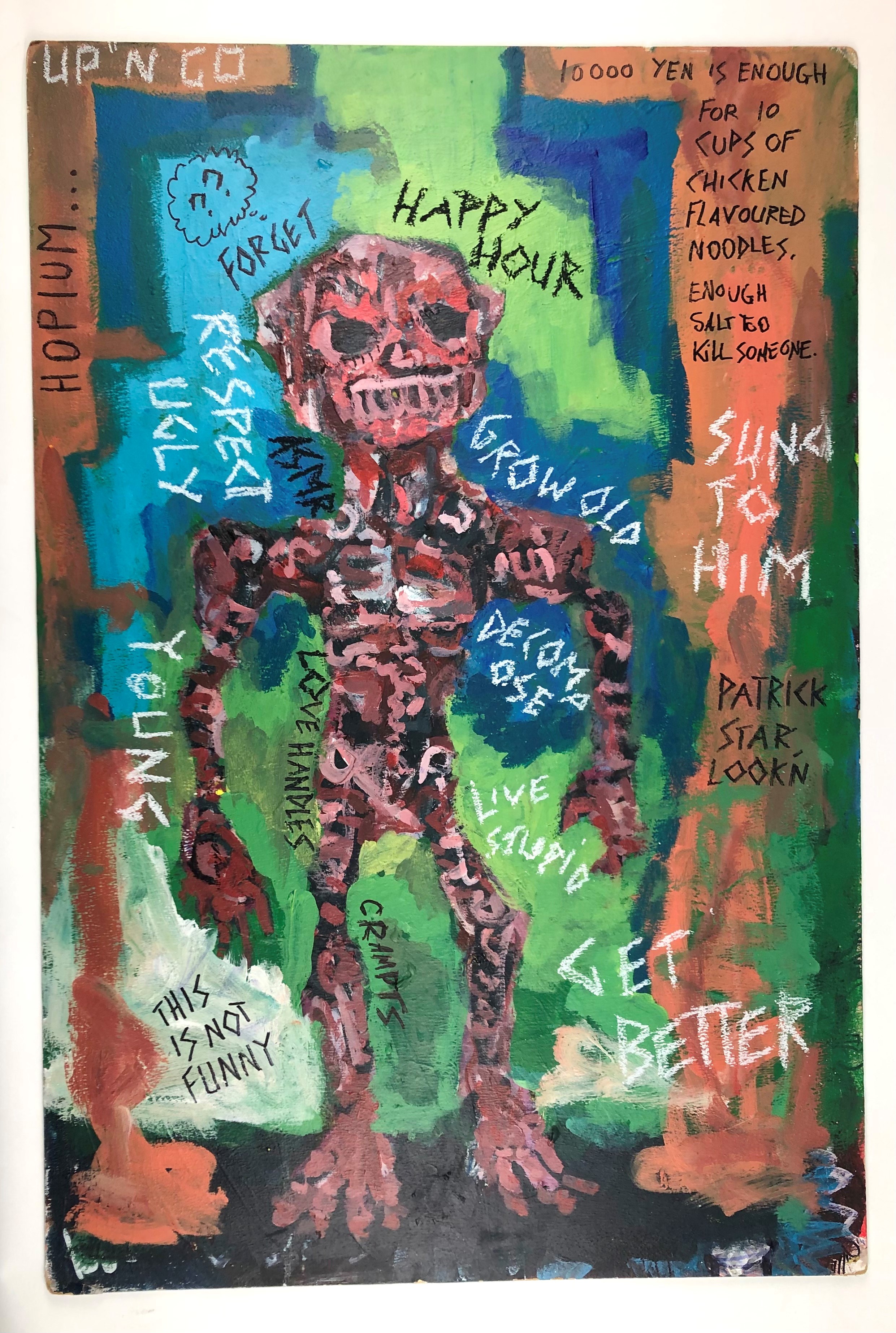 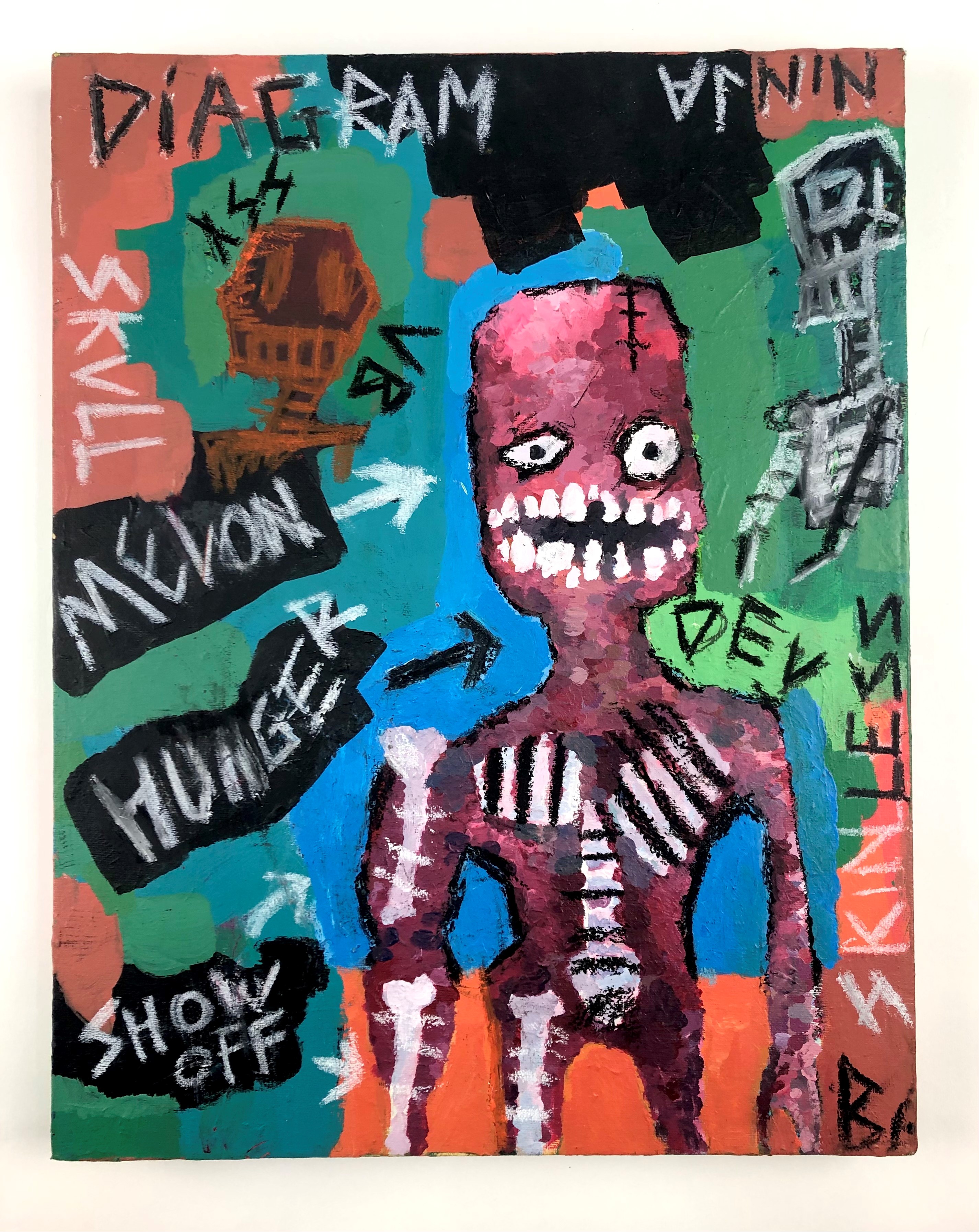 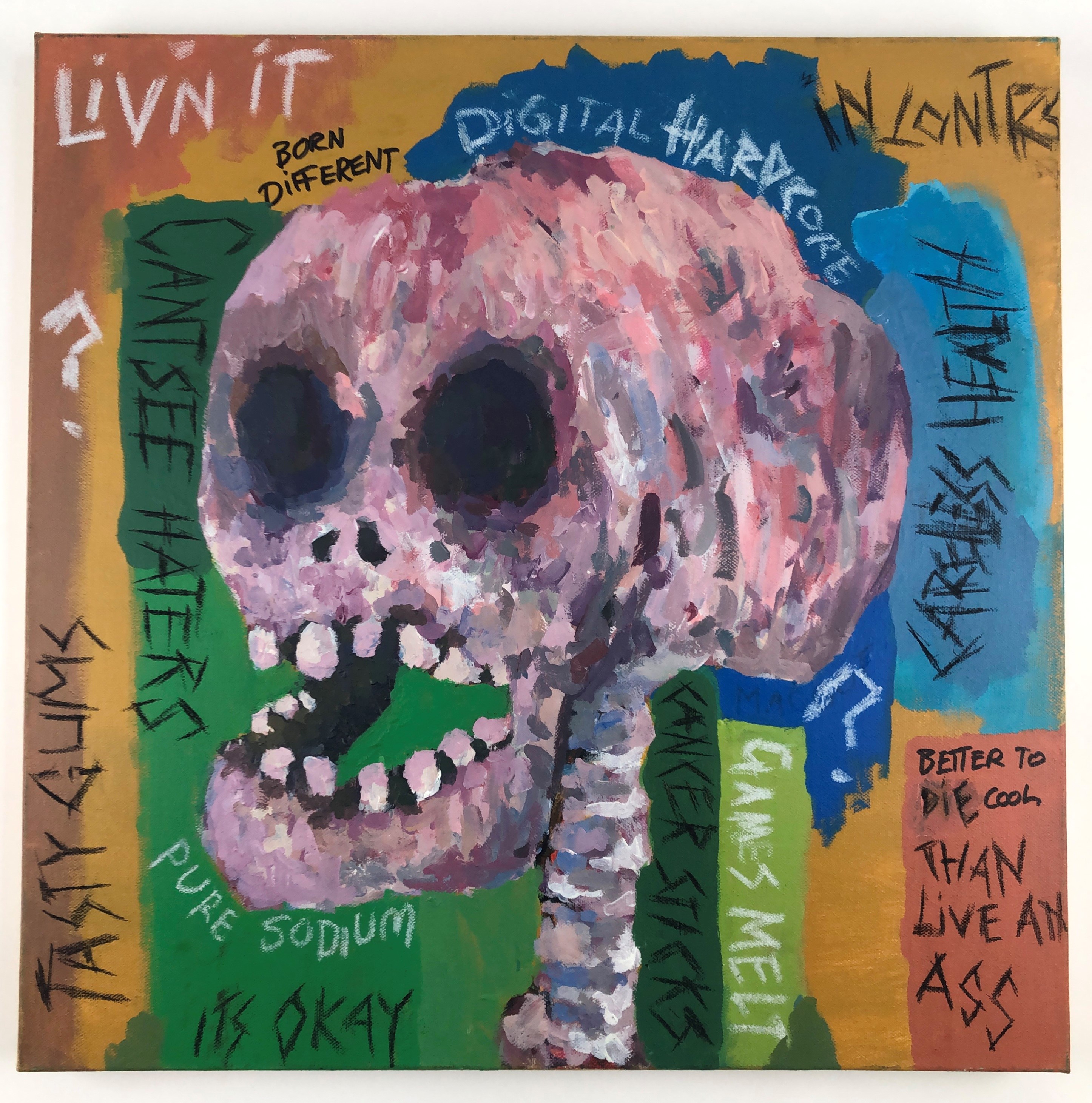